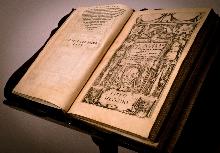 In terms of scientific research, the Department maintains countless collaborations with prestigious research centers and universities throughout Italy and the EU. It also shares research projects, exchange programmes and collaborations on specific initiatives with several non-EU countries, especially with the United States, Latin American countries, China, South-East Asian countries and Russia. The Department promotes higher education, both by hosting a PhD programme in Organized Crime Studies and by actively participating in other PhD programmes and post-graduate courses of this and other Italian universities. The Department is furthermore a member of interdepartmental and inter-university research centres (CIDOIE, CROSS, CESPEOP). It coordinates the Memory Project (in partnership with the Municipality of Milan, the regional government of Lombardy and the Italian Ministry of University and Research).
The Department intends to promote research aimed at investigating the impact that technological innovation and current social dynamics – as well as historical, cultural and religious transformations – produce in the fields of study of its members. The main areas of research, addressed from the multidisciplinary perspective that characterises the Department, are human rights in their international, transnational and multilevel dimension, as well as in the light of social and cultural transformations and technological and scientific developments; the fight against organized crime; the evolution of forms of political and legal cooperation, in particular at the international and European level, aimed at regulating common interests, be they economic, commercial or connected with market regulation, or referred to individual and family relations, or dealing with the mechanisms of conflict resolution and control of the use of force in wars; transnational relations between the West and other areas of the world, in particular with new leading countries such as China; the culture of memory and its social and political repercussions; cross-media linguistic analysis with specific attention to health and gender issues. These phenomena are additionally investigated from the perspective of their historical evolution and of how they affect the territory and the local community.